1. You Are the King of Kings

In the eyes of your grandchildren, you are nothing short of exalted. You tell the best stories, give the best treats, and give the best hugs. When you dispense your wisdom, your grandkids carefully heed your words rather than rolling their eyes. The kids don't play up to you because they know trying to play you off against anybody is futile; you are the universal force of life and primo VIP as far as they are concerned. 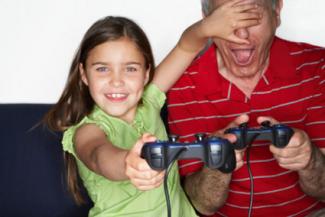 No parent groups, doctor or dentist visits, homework or ferrying them around like you are a taxi. Nope, just all the best stuff everybody wants to do like visits to the zoo, fun at the playground, picnics in the garden or video game challenges. The only things on your agenda are pure fun and joy, and creating memories your grandchildren will cherish forever.

Because grandparents aren't the primary caregivers, there's no waking up early, or waiting up late. You have just the time you spend with them before you hand them back to the parents. Grandchildren turn up on your doorstep awake, washed, dressed and conveniently ready to go and when the fun is fading after a day of tricks, you can magnanimously hand them back, knowing that they have had a wonderful time.

4. You Can Be Naughty 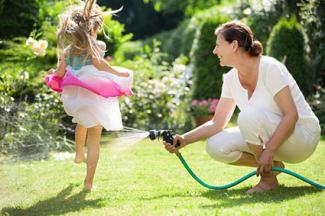 Let's face it, grandparents were practically made to break the rules. Because you've already been there and done that and are not the one officially in charge, you have absolutely nothing to prove to anyone and you know it. Nobody is holding you accountable for how the children turn out, so you can go ahead and spoil them with that second bowl of ice cream, extend bedtime by a few hours, tell rude jokes and soak them with a hose, all in the name of eccentricity.

As grandparents, you have loads of time. You're not in a rush, and you couldn't give two hoots about routine. You also know that life is short, so you relish every moment and are truly present because you're not busy trying to juggle your time with your grandchildren and a never ending list of other duties. That means you have the time to read them another story or let them help out with the cooking because you're not in a rush to get it on the table.

6. Everything You Do Is an Adventure 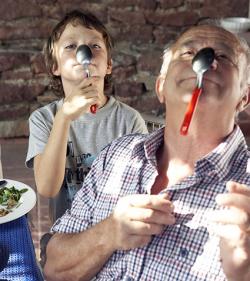 One of the best things about being a grandparent is anything sounds like an adventure at your suggestion because time with you is precious. Clearing out the garage? Playing cards? A trip to the library? Just say the word and the kids are there like you just proposed a trip to wonderland. You can even pull out tricks like balancing spoons on your nose and be applauded for it, unlike in your days as a parent where your children would have groaned.

The great thing about having been there and done that is you know at the end of the day, it all comes out in the wash. You know if they don't eat their vegetables, or take a nap, they'll come out just fine. If they don't wear a coat they're not going to freeze to death, or turn into a swamp monster if they get covered in mud splashing in puddles.

8. You Can Give Awesome Presents 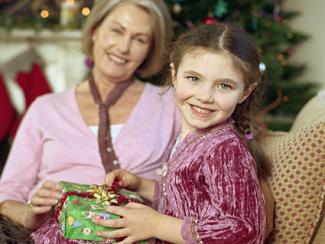 You get to buy all the loud irksome toys your grandchildren love, be adored for it, and not have to live with them! Your granddaughter will love you for buying the baby that never stops crying, and your grandson will revere you for gifting that noisy dumpster truck. This is your second chance to indulge the kids' whims with a joyful freedom, without having to ever wonder when the batteries will run out.

9. Your Stories Are Great

You've survived the years, lived through the swinging 60s, seen a world your grandchildren have never seen and have a connection to some famous historical figure somewhere. Those stories which used to make your kids roll their eyes after they heard them for the tenth time are now the most interesting thing out to your grandchildren. You can make anything from the past sound great, and you also know some pretty fun (read: embarrassing) stories about their parents too.

You couldn't give two hoots if they had a bath, did their homework or set the table. When the grandchildren are with you, it's always a holiday, meaning you don't have to nag them to do anything and the only thing that matters when you're on holiday is... fun!

Proving that being a grandparent is categorically way better than being a parent. Here's to the silver years ahead!

0
Comments
© 2006-2020 LoveToKnow, Corp., except where otherwise noted. All Rights Reserved.
Resouces, Advice & Tips for Covid-19
Read More
10 Reasons Being a Grandparent Is Way More Fun Than Being a Parent