Mom guilt - the universal disease of moms being harassed by their consciences at every turn. It seems that we can barely do anything without some form of 'mom guilt' putting us in a strangle hold that is as cruel as a cheesy pizza being wafted in front of you on the third day of your diet. Great googly moogly, somebody stop the madness! If all this guilt is making you crazy, then how much would you love it if we told you it was all for no reason? You're about to owe us your sanity as we lighten your guilty loads with seven reasons to ditch the mom guilt.

1. Feeling Guilty Is a Waste of Time

For crying out Pete - kids are hard work, and for the most part, they are cruel, ungrateful snot bags that have us reaching for the wine, vodka, gin (heck, the whole drinks cabinet!) at the earliest possible acceptable hour. Amazingly, one study found that children are 800% more likely to act out in front of us than someone else. Obviously that is a party we are just dying to be at every moment of our lives. NOT!

If that fact isn't enough to make you not feel guilty about spending more time with your kids, maybe this will - a study in the Journal of Marriage and Family found it doesn't matter how much time you spend with your kids whatsoever. Holy flipping animal crackers! Could this really be true?!

Apparently, spending time with your resident tyrants has no bearing on how they'll turn out, at least, if they're between the ages of 3 - 11 (sorry teen moms). It's all about the quality of "engaged" time you spend doing meaningful activities together. Holy moly, that's especially good news for working moms. Rejoice and cast those shackles into the ditch!

2. Nobody Cares but You 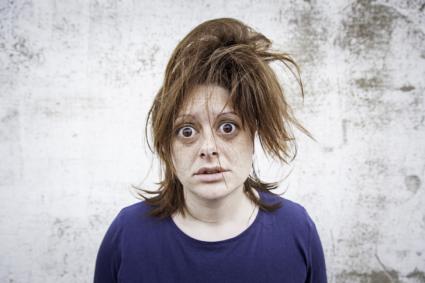 Guilt comes from the root of all mom evil - that horrid little slimy notion that all moms shudder at - judgment. Yes, your number one enemy is the reason for your guilt. Let me break it down for you here - feeling guilty is due to feeling judged and feeling judged comes from your crazy perception of how people outside of you view what you are doing. And guess what that leads to? One big fat paranoid mess inside our heads that is as messed up as a neglected camel in the North Pole.

The upshot: Mom guilt is really controlled by you and nobody else and is the misery of your own hormone ravaged mind's making. So now we're asking you to dig deep here - find that little switch inside your brain that controls your decision-making, switch it across, then destroy all evidence! We repeat - destroy all evidence!!!!

3. It Messes Your Kids Up 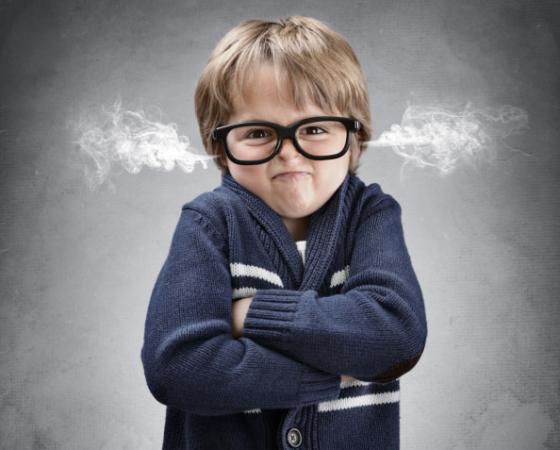 If you're feeling guilty about any of the usual things parents feel guilty about, then time to bash yourself over the head with a club (or get your kids to) because, not surprisingly, your mom guilt is doing more harm than good.

The same study by the Journal of Marriage and Family showed that the guilt stressed out moms feel when trying to find time to spend with their kids is more likely to lead to negative effects on your kids. Unless we'd all like to see a new generation of delinquent donkeys multiplying around us like a colony of E Coli, then it's time to end the guilt trips.

Thought your kids were going to send you gibbering to an early grave by pressing every single button of yours, every minute of the day, a bazillion times over? We've got news for you - your guilt is going to do the job for them! According to the Mayo clinic, guilt increases the stress hormone cortisol which over more prolonged amounts of time can wreak havoc on your blood pressure and heart rate more than a shark swimming around in your stomach.

In other words, feeling guilty is like dancing a blindfolded tango into the possibility of weakened immune systems, diabetes, depression and anxiety disorders, without any of the sexy stuff that normally comes along with a blindfolded tango. Uh....think we'll pass on that dance thanks!

5. Being a Mom Is Insane 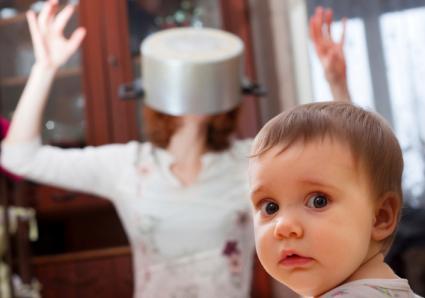 Mom, it is time for you to realize you cannot feel guilty about doing a job that makes you feel like you're on a reality television show 99% of the time! Do you know how many tasks you have to complete before getting your child out of the house? Around 26. Yes, 26!!!! Holy moly. And that's not even factoring any of the other stuff you have to do to get on with your day. Based on that fact alone, if you forgot to pick your kid up from school recently, you are well and truly vindicated.

6. Doing What You Love Makes You Better

You could be a moaning slave to your kids for the rest of your life, bashing cookware and hurling obscenities around the place. . .OR. . .you could spend some time doing what you love, and miraculously be a better person and parent! Having some "me time" allows your brain to reboot and unwind, improves your concentration and thinking, and enhances your relationships with others. Now, which do you think would make a better parent? Go figure.

In case you hadn't heard, supermom lost her cape and has now joined a zombie cult. That means you can fling your guilt aside as it firmly splats in supermom's now gruesome face. Don't believe us? Check out these findings by McCann Truth Central which report that 65% of moms reject the notion of the role of a "supermom" with moms putting more emphasis on their kids being happy. . .and being a guilty mom, as we've already established, makes your kids as happy as a biscuit with no butter. 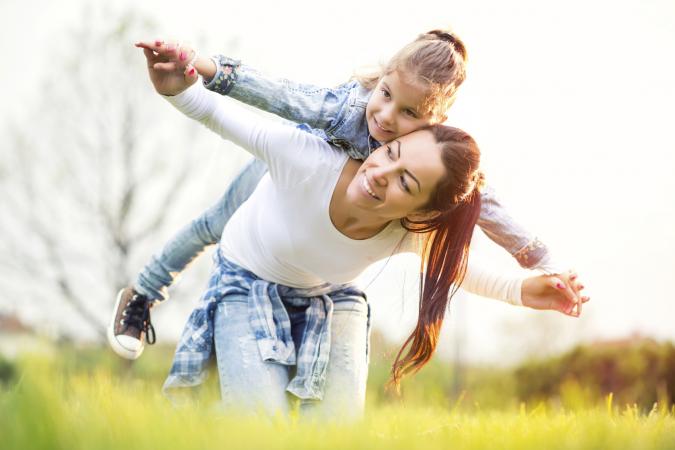 Mom guilt. It sucks. It's nasty like a weed which shouldn't be growing in the backyard and quite frankly, is as useless as trying to sell a snake shoes. Throw it out like a pair of stinky gray panties, and enjoy the new, un-guilty you.