What a family looks like will grow and evolve over time and is significantly influenced by the specific culture being experienced in a certain time period. While there used to be one family structure that dominated all others, significant changes in family structure have taken place over the past few decades.

Families have significantly shifted in terms of structure, going from two-parent households to a more eclectic expression of what it means to be a family. While in the 50s and 60s, there was more of an emphasis on a family including two parents and children, now, families have a much more diverse structure.

How Families Have Changed Over the Years?

Families have changed significantly over the years. According to Pew Research, examples of these shifts include: 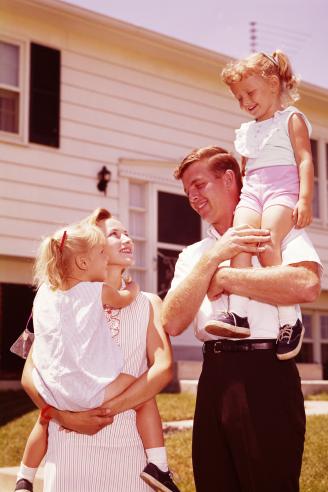 What Causes Changes in Family Structure?

Reasons for change in family structure:

Has the Definition of Family Changed Over Time?

The definition of family can be viewed as something deeply personal, meaning that each unique individual may have their own take on what a family means to them. According to Pew Research, in the United States the traditional" family was what dominated in the 1950s and 1960s with about 73% of children living within two-parent households. Currently, two-parent households are not the norm, with the vast majority of families being single parent, blended, cohabitating, remarriage, and partners without children, while the two-parent household is less than half of what families in the U.S. self-identify as. Family can also be:

How Does the Economy Affect Changes in Family Structure?

The economy and family structure have a circular relationship with both entities impacting each other. For example:

How Are Families Changing?

Family structures have shifted over time for a variety of complex reasons that interact with each other within a given time period. The norm in terms of family structure is constantly changing, and what is considered typical now will likely continue to shift over time.