Family traits are passed down from generation to generation within a family line. Check out examples of family traits to see what physical characteristics and learned behaviors your family passed on to you or you might pass on.

What Is a Family Trait?

There are many definitions of family, but only one for traits. A trait is "a distinguishing quality or characteristic." When a trait is described as a family trait, it typically refers to characteristics that you inherited through genes from your blood relatives. However, family traits can also be learned. These types of learned traits can occur in any family, blood-related or not.

Physical traits are dependent on the genetic material passed on by blood relatives. These traits are also called inherited traits because you inherit them from your parents, grandparents, and other ancestors. This can be simply explained by seeking out information on genetics for kids.

Some physical traits that are passed through families are relatively rare in the general population. 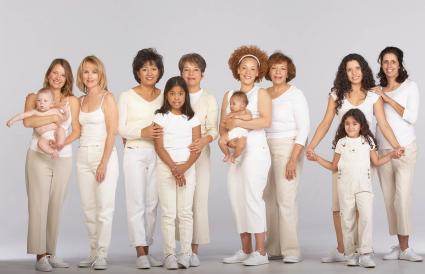 Learned traits are also called acquired traits. These traits are not things you are born with, but things you develop during your life. Acquired, or learned traits, include things you have learned to do or things that have happened to you. Experts disagree on whether these are truly passed through families.

Behavioral traits, or characteristics, can be passed through families because children will model the behaviors of the most important adults in their lives. These aren't definitively passed on, but could be.

Family traits are like little gifts passed on to family members without even meaning to share them. They happen almost automatically. In some cases these family traits are desirable, but in others they are not. Take a look at your parents, siblings, aunts, uncles, cousins, grandparents, and great-grandparents to see which traits are strongest in your family.