Mention of the "Roaring Twenties" might conjure images of flappers and extravagant spending, but this wasn't the norm for the average family during this decade. While daily activities were different for people living in rural and urban areas, family values in the 1920s remained relatively constant.

U.S. Census Bureau statistics, presented in a report on Historical Statistics from the Colonial Era to the 1970s, say a lot about what American families looked like throughout history. In the 1920s marriage was still a goal and priority for most, but smaller household sizes began to take shape as men and women sought to have fewer children.

At home, families with a battery-powered radio could listen to radio shows. These early radios often only had one headphone instead of a speaker, so kids would fight over who got to listen to which shows.

Although many aspects of the 1920s lifestyle were changing, men and women still mostly held the traditional roles of decades passed. Men typically worked long hours in professions involving hard labor. Despite the image of the 1920s woman as independent and rebellious, a 1920s mother still took on caring for children and taking care of household tasks as her primary job. Each person within a household had male or female roles and saw the value in these tasks as a means to meet all the needs of the family as a whole.

In 1920, nearly two-thirds of all people over age 14 were married (page 20 of the Historical Statistics Report) while only around 250,000 out of 37 million people were divorced. The average age at first marriage in 1920 was 24 for men and 21 for women (page 19 of the Historical Statistics Report). Although marriage rates were high for most people, by 1920 black women were more likely to be married than white women. In general, men and women wanted to be married and stay married.

For many non-white families, cultural identity and racial pride were important values as minorities sought to gain better treatment. Because of their job opportunities, in terms of economics and dangerous work conditions, minority families included more extended family living together.

Thanks to advances in birth control, like the legalization of condoms and availability of the diaphragm, couples had more control over how many kids they had. An average household during this decade consisted of about four people (page 41 of the Historical Statistics Report).

Parents started to shift their thinking from traditional views of the family as a hierarchy to a more emotional approach. Affectionate views of immediate family members meant husbands and wives saw each other as friends and saw their kids as friends too.

Up until 1920, the majority of white Americans lived in rural areas. However, according to Census.gov, by 1920 more than half of Americans were living in cities and towns. While there were now technically more urban dwellers, nearly half of all families still lived on farms. In contrast, while many African American families did move north during this decade, they were still more likely to reside in rural areas. The same is true for people identified as being from "other races" by the U.S. Census Bureau. 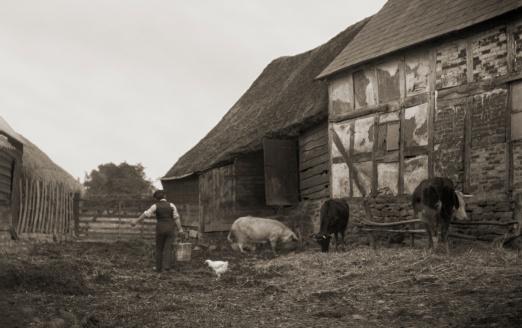 Rural families embraced farm life amid the changing landscape of the world. Because there was so much work to do all the time, every member of a farm family worked on the farm. Men mostly worked in the fields or on building and repairing the homestead and equipment. Although the production industry was making strides in the invention and mass production of machines, this movement had not yet reached farms. Since most farmers were still completing all work by hand, neighbors helped each other with large harvests to get the work done before seasons changed.

Wives and mothers still tended to household chores like sewing, cooking, canning, and caring for babies. But, they also helped with work in the fields when needed. Farm women made sure everyone, especially the hardworking men, was taken care of as a means to keep the family prepared for long days.

Children on farms in this decade were called upon to help with the workload as soon as they were able. Chores like feeding animals, gathering eggs, or chopping wood were common for younger children. Once the chores were done for the day, kids would walk or ride a horse up to two miles to get to the closest school. Children spent about eight years in primary school, with summers off, memorizing poems and playing games. Older children could attend high school in the nearest town if there was a high school and if they could get there.

Life in 1920s rural America wasn't all work although that is how people spent most of their time. Families enjoyed school presentations or end of the year picnics where they could gather with neighbors. Churches held gatherings, potluck dinners, and ice cream socials as a way to bring people together for fun. Trips to town were also a favorite pastime for families. In the summer when they had goods to sell, families could visit the town and watch movies projected on the side of a building.

Other popular town events were horse races or the Chautauqua, a tent with lectures, plays, and music open to the public. In the country, kids could go swimming in nearby creeks and streams or go fishing.

Thanks to electricity and indoor plumbing household chores were made easier for those who could afford vacuum cleaners and similar inventions. Lights also made it possible for people to stay up later in cities and partake in more activities. 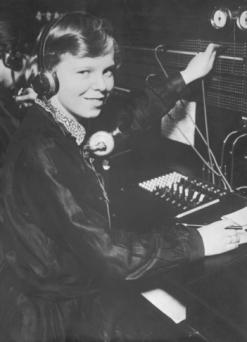 Town and city workforces took on a more diverse look during the 1920s. At this time there was a large-scale relocation of black families from the rural South to the urban north because of their need to find better jobs, although they still served as a source of cheaper labor. In 1890 about 10 percent of African Americans lived in the north, but by 1930 about 20 percent lived there. Black women whose husbands worked outside the home were twice as likely as white women in the same scenario to work outside the home. These women were also more likely to be the head of a household, not because of low marriage rates, but because black men had higher mortality rates due to occupational hazards and other factors than white men.

City kids worked in jobs outside the home like selling newspapers, shining shoes, or in factories to help support their family. It wasn't until 1938 that child labor laws were well-regulated by the government.

When they weren't working or helping their parents, all kids ages 8-14 were required by all states to attend school for part of each year. City schools were separated into school districts with public school funded by state and local taxes. This allowed inequality in educational standards based on the area where a child lived. Wealthy school districts had access to well-trained teachers and better books while poor school districts had few resources. Although enrollment in schools was on the rise during this decade, these stark differences in educational supplies and resources were evident in the fact that about 15 percent of whites older than 14, native or foreign-born, were illiterate in 1920 while 23 percent of blacks and people of other races were illiterate.

City families had better access to real movie theaters often called "picture palaces" because they were so large and extravagant. Theaters included extras like a children's nursery, lounges, and even dance floors to entice people to visit regularly. By the end of the 1920s, about three-fourths of Americans visited movie theaters on a weekly basis.

Families of all types were looking to improve their individual and collective lives during the 1920s. This decade supported a variety of lifestyles, but most family units were striving to stay intact, work together for common goals, and find time for fun.