Helen Keller is a national icon with multiple books, plays, and movies depicting her struggle to learn after becoming both blind and deaf. However did you know Helen's father was a Confederate soldier or that she almost got married? Her family life and story is as fascinating as her personal challenges.

Until 1882, Helen Keller was a happy, healthy child in the state of Alabama. Her blindness and deafness didn't arise from a birth defect. Instead, she developed a brain fever that took away her senses of hearing and sight when she was 19 months old. 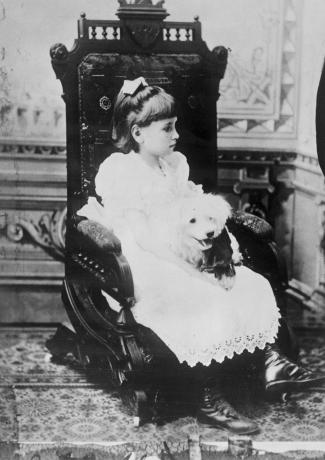 Getting Around Without Sight or Hearing

Prior to meeting Anne, Helen worked to feel her world, according to her autobiography Story of My Life. She also enjoyed the smells. However, she easily became frustrated with her lack of communication, which would lead to tantrums. Not understanding rules of etiquette, Helen would eat from the plates of others and throw things to get her way.

While many think Helen was not able to communicate prior to Anne, Helen did use a primitive communication technique. She used a simple sign language with her companion, Martha Washington, and other family members which consisted of about 60 signs. In addition to Martha and her family, Helen also talks about her dog Belle prior to speaking. She enjoyed the feeling of Belle's excitement along with her calm.

Helen was the first child to Arthur and Kate Keller. Her father Arthur Keller was not only a third cousin to Robert E. Lee, but he served in the Confederate Army. Additionally, he was a lawyer and editor for the North Alabamian. Before meeting Helen's mother, he was married to Sarah E. Rosser, but she passed away. He married Kate in 1877. A strong, loving man with an affinity for hunting and fishing, Arthur searched far and wide to help find Helen treatment during her younger years.

In addition to a younger sister, Mildred Keller, Helen also had two stepbrothers, Simpson and James. Both Simpson and James Keller were Arthur's children from his first marriage. James was a teen as Helen was growing up, and it is noted that he attempted to control her prior to Anne's arrival. It is also documented in Anne's letters in Helen's autobiography that he is the only one that tried to curb Helen's willfullness as a child. While Helen unintentionally terrorized her parents and siblings, James tried to stand his ground to get her to behave. Helen also had a younger brother, Phillips, whom Helen helped name. While Helen didn't mention her brothers much in her writings, she did discuss walking hand-in-hand with her sister and attempting to talk to her with her primitive language. Once Helen learned to speak, Mildred became a close confidant.

In 1886, Helen's mother contacted Alexander Graham Bell, who was working on a hearing device for deaf, and he led them to the Perkins Institute for the Blind and Anne Sullivan. With a visual impairment, Anne was a star student at Perkins Institute before she came to the Keller household to teach Helen. She was successful in getting through to Helen, and she taught her to communicate. Anne never left Helen's side until her death. She became her teacher and friend through Helen's training at the Perkins School, Wight-Humason School, and even Helen's studies in Radcliffe College. 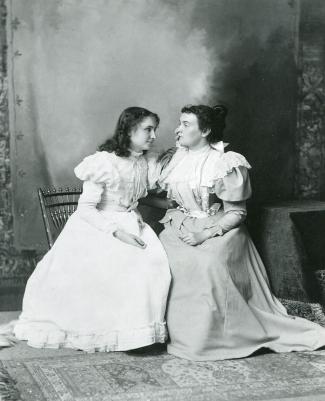 Given her physical challenges, Helen didn't have a typical adult family life. She lived in Wrentham with John A. Macy and Anne Sullivan after the two married in 1905. Macy, an editor of Keller's biography, was a great friend to her. Helen seemed happy in this new home, and John created a system for her to take walks. However, the marriage didn't last forever. While the two never divorced, John and Anne became estranged in about 1914, and they parted ways. Helen remained with Anne.

Helen Keller never married or had children. However, she almost married Peter Fagan. When Anne became ill and had to take some time off, Peter Fagan, a 29-year-old reporter, became Helen's secretary. During this time, the two grew close and made plans to marry. However, given societal expectations for a deaf and blind women at the time, Helen's family and extended family were against the match. Even so, the two planned to elope, but Peter never came. Helen said of the relationship, "His love was a bright sun that shone upon my helplessness and isolation." After the failed elopement, Helen never saw Peter again.

Another staple in Helen's adult life was her secretary Polly Thomson. A housekeeper from Scotland who eventually became Keller's secretary, she worked with Anne and Helen. Some say Anne, Polly, and Helen were called the three musketeers. After Anne was no longer able to travel with Helen due to failing health, Polly became Helen's best known companion. Polly and Helen remained companions until Polly's death in 1960. 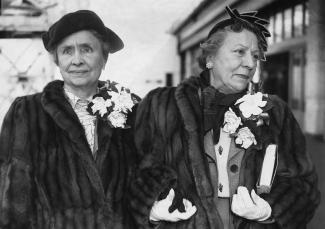 A Life of Advocacy

Disease took away Helen Keller's sight and hearing, affecting her family life. However, with the help of some dedicated friends and family members, Helen was able to learn, love, and prosper until her death of natural causes on June 1, 1968. She is a true role model to many for overcoming adversity.