The Medici family still has great influence over today's society. There are many things within your daily routine that are the result of this powerful Italian family.

Who Are the Medici Family?

The Medici family emerged in the 1300s and by the 1400s, they became one of 10 families in the world that had influence and effected change. The Medici family ruled Florence for over 300 years and were a major force in ushering in the Italian Renaissance. Four Medici family members served as Popes, Leo X, Clement VII, Pius IV, and Leo XI.

Patrons of the Arts, Humanities, and Science

Patrons of the arts and dedicated to promoting humanism, the Medici family were aligned with the ideology popularized during the Renaissance. The Medici family were patrons of Galileo, Leonardo da Vinci, and Michelangelo. They founded the Uffizi Gallery in Florence and Italy's largest public library. The last ruler of the House of Medici was Gian Gastone, who died in 1737.

How the Medici Family Continues to Influence the World

The Medici family were businesspeople. They were wool merchants and bankers. In 1397, Giovanni de' Medici founded the first bank of the Medici family in Florence, Italy. The family's business acumen guided them to create several processes that are now commonplace within the banking industry. These include, letter of credit, checks and holding companies.

In order to encourage and build international trade, the Medici bankers created the Letter of Credit. This document made it unnecessary to cart large sums of money from one city to the next.

Safe Banking With a Profit

A buyer would simply deposit the money in their local Medici Bank and receive a Letter of Credit to give to the seller. The seller would then present the document to their local Medici Bank to receive payment. In the meantime, the Medici Bank would sell the florins (Florence currency) received for less than they paid out, usually netting a 4% profit. This practice allowed the bank to receive interest for holding the money without openly charging interest, since such practices were viewed as sinful by the Church.

The Medici family invented the double-entry bookkeeping system. This gave the Medici family a more precise way to track their revenue and expenditures. It was also a way to decrease accounting errors. Banks and individual businesspeople widely adopted the system. It remains a cornerstone in the financial world.

The Medici family invented the first holding company. This model is still used today. Each of the Medici banking branches was created by forming a partnership with the Florence bank being the central holding company. This format allowed the Medici Bank to utilize letters of credit, hold deposits, complete bills of exchange, and make loans. This allowed for Medici Bank branches to expand into the UK, Spain, and other countries.

The Medici Bank created the concept of a check. This was a promissory note that was presented at a Medici Bank branch and was paid. The individual bank account the check was written on would then have the money taken out of the account. In the past decades, digital banking has replaced the paper check with debit cards.

Current Medici Family and Their Influence in the World

The Medici family eventually lost their bank in 1494 and its branches under a convergence of politics, religious enemies, the death Lorenzo de Medici, and the invasion of Charles VIII.

Resurrection of the Medici Bank 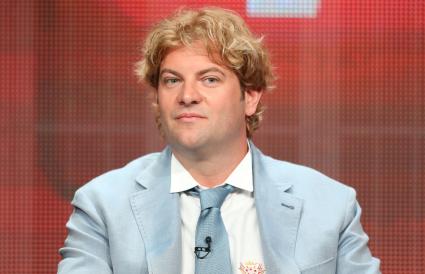 In keeping with his family's tradition of catering to the middle class, Prince Lorenzo's Medici Bank will serve not the rich and powerful, but small companies and midsize international businesses. The bank is crypto-currently friendly with plans to leverage modern technology in a customer-friendly banking model.

A powerhouse of creativity, Prince Lorenzo de Medici has made his mark as an acclaimed international artist. He is also recognized as an astute businessman. In addition, he oversees and manages the family wealth. His business acumen makes him an investment expert within the art investment industry. His CV includes luxury real estate development and various luxury brands.

Medici Family Influence on the Rise

With Prince Lorenzo de Medici's plans to resurrect the family banking business, many speculate that the Medici influence is on the rise. Whether it will result in another Renaissance remains to be seen.