The role of a father in the family is incredibly important to their child or children's psychological and physical wellbeing. When a child has a healthy relationship with a father figure, they tend to grow up to have higher levels of psychological health, as well as better quality relationships.

Role of a Father in the Family

Regardless of what the family looks like, the most important factor is the quality of the parent-child relationship.

What Are the Roles of Fathers in Families Today?

Fathers today may be expected to parent and assist with household chores equally with their partners. In a study of married men and women who had just had their first child, results illustrated that a good partnership, as well as an effort to reduce their wife's stress, led to overall decreased aggravation for both partners, even when their baby was fussy. Within the family, fathers can take on multiple roles which may include: 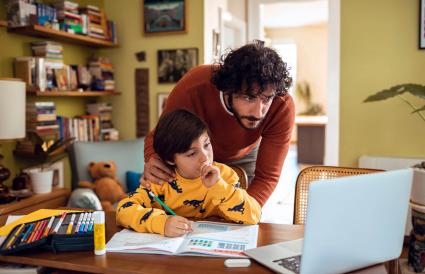 Why Having a Father Is Important

Keep in mind that it is very difficult to alter the internalized relational blueprint that forms when children are quite young. While it is possible, it often takes high levels of insight, as well as significant psychotherapeutic intervention to shift these deep rooted, and often unconscious mental pathways.

It has only been in the past several decades that the idea of the "involved father" has taken shape. Historically, men's identities were heavily tied to their careers, and that still holds somewhat true today, with about 76% of men reporting that they feel financial pressure to provide for their families. More than ever, men are taking a more active role in parenting, but more than half of Americans still hold the notion that mothers are better caregivers than fathers.

Top 10 Responsibilities of a Father

In terms of healthy parenting, responsibilities of the father may include: 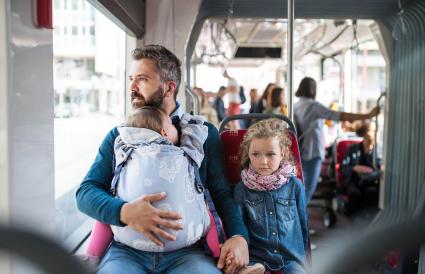 What Is the Role of Father and Mother in a Family?

Keep in mind that a family with a mother and father is not the only type of family where a father figure can be involved in healthy ways. Fathers and mothers nowadays tend to share the responsibility of child rearing. In terms of specific roles, these will vary greatly depending on each unique family's needs. However, in healthy families, ideally both parents are flexible and are able to take on the same roles, while supporting each other as parents and partners.

What Is the Responsibility of Father and Mother?

Depending on the family unit, mothers and fathers may trade off in terms of responsibilities, or come up with their own balanced way of splitting the responsibilities. When it comes to parenting, ideally both the mother and father have healthy relationships with their child or children and are equally involved in child rearing.

The father figure plays a significant role in affecting the mental and physical health of their child or children. Regardless of how the father figure is connected to the child, the most important aspect of the parent-child relationship is the quality of it, and not whether the child and father are blood relatives.

0
Comments
© 2006-2020 LoveToKnow, Corp., except where otherwise noted. All Rights Reserved.
Resources, Advice & Tips for Covid-19
Read More
The Role of a Father in the Family: Today & in the Past