Understanding a family tendency can be difficult because it is similar to a family trait. You can use examples of family tendencies to help you see what inclinations, from behaviors to health concerns, run in your family.

What Is a Family Tendency?

What Is a Natural Tendency in a Family?

When a belief, action, or behavior seems to happen automatically, it is said to be natural. If one belief or behavior happens without thought for several family members, it could be considered a natural family tendency.

In the medical field, a disease or condition present in some family members that does not have a proven genetic link is called a family tendency. The presence of these conditions in your blood relatives increases the likelihood you'll have the condition too, but it's not a guarantee. 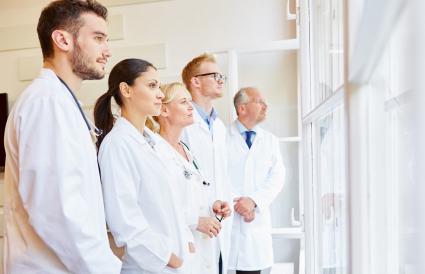 Family traits are distinguishing characteristics that are passed down through a family mostly by way of genetics. A family tendency doesn't have a confirmed genetic link. Some experts would say a family tendency is a type of family trait, more similar to learned or acquired traits than genetic traits.

Family tendencies encompass many parts of life, from professional inclinations to personal habits.

A Family of Teachers Example

Lindsay is an elementary school teacher. Her mother was also an elementary teacher. Her father and her uncle were both high school teachers. Lindsay's daughter has decided to become a college professor. Lindsay's other children are not teachers. In this example, Lindsay's family has a tendency to work in the field of education. This is not a genetic trait that passed on through DNA and it's not quite a learned trait. Lindsay's grandchildren might be inclined to pursue the field of education because their family is skewed toward it.

Josh's teenage son has been diagnosed with major depressive disorder. Neither Josh nor his wife suffer from depression, but Josh's mom did and so did his great uncle. While researchers do see depression running in families, there is no proven genetic link for depression. There is a family tendency toward depression in Josh's family. Not everyone will be diagnosed with depression, but the likelihood is higher for his family members than someone whose family has no history of depression.

Which Way Does Your Family Slope?

Your family life influences your beliefs, behaviors, and actions. Sometimes this happens without you even realizing it. Think about your immediate family members, including one generation above you and one generation below you. Are there any clear family tendencies?

0
Comments
© 2006-2021 LoveToKnow, Corp., except where otherwise noted. All Rights Reserved.
Resources, Advice & Tips for Covid-19
Read More
What Is a Family Tendency? List of Common Examples