Even though aunts might not have the "I'm the most awesome person in the family outside of the actual parents" status that grandparents have (and are way more under-represented in pop culture,) there are plenty of aunts out there who are famous within their family tree. Some are downright notorious as well, exhibiting plenty of crazy and/or questionable behavior. Whether you're an aunt yourself (honorary or biological,) or have one of these black sheep in your family, chances are you recognize some of these ladies and their…quirks. 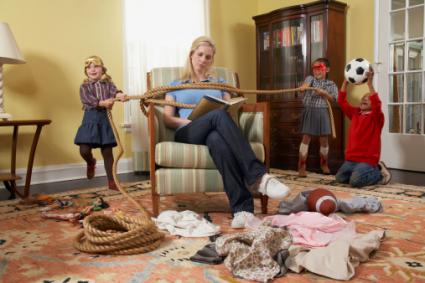 Why should the grandparents have all the fun? When the kids come to hang with her, she doesn't see anything wrong with letting them rule the roost. An R-rated movie? So what if they're 10? Ice cream for breakfast? Hey, it's dairy. Whatever the little angels want, it's her pleasure to make it happen.

This aunt also thinks everything her niece and/or nephew does is adorable, no matter what level of destructive it might be. This might not go over quite as well once the kids return home. "But Moooooom, Aunt Sarah thinks glitter on the cat is art."

And when her sibling calls to angrily ask who taught a three-year-old to call her mother "Monkey Ass," she totally pleads ignorance. "It was probably his father," she responds. As soon as said sibling hangs up, Aunt Baddie watches the video that she took earlier that day where she prompted her nephew to crow, "Mommy has a monkey ass!"

If she has kids of her own someday, she knows retribution will be swift and terrible; for now, the kids are putty in her hands and can't wait to spend every second with their favorite, albeit slightly psychotic, auntie. 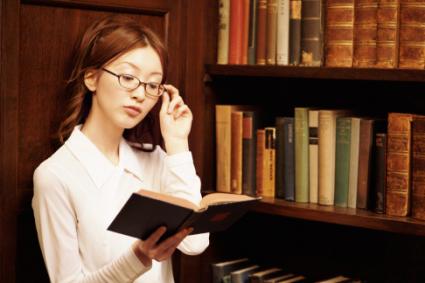 The nerdy aunt might not be as destructive, but she can be expensive. She's the aunt who's just about the coolest human being her niece has ever met. She has no problem dragging her young nephew across the country to Comic-Con. On one hand, she's taught the kids to enjoy literature and to spend their money on books instead of candy. On the other hand, they're now begging their parents for more money to buy more damned books, not to mention thousands of dollars' worth of materials so they can become professional cosplayers someday. And don't forget the action figures!

When the kids are done spending time with Nerdy Aunt, they return home to parents who no longer speak their language. Literally, because she's taught them to speak Elvish or Dothraki. She's a little smug in this connection she's established and hopes her slightly vanilla sister doesn't get a sudden hankering to read comic books, or she could be in serious trouble: "I just finished all nine volumes of Preacher, which Billy said you let him read? You've never watching my son again." Oh, yeah - sometimes "nerdy" is also code for "permissive." It was fun while it lasted. Sigh.

This aunt's not really sure why her sibling even wants her to watch the kid(s), because she likes to drink. Kind of a lot. All the time. She has friends over to drink, too. There's even an Urban Dictionary term for it: Vodka Aunt.

She shows up to all the family events with a flask in hand (truthfully, it's the best way to get through these functions,) and the children view her with a mixture of horror and fascination. Unless they're too young to know better, and then she's just "the auntie who laughs a lot and sometimes falls down."

Why should Drunk Uncle be the best known inebriated family member? This one's looking to make Drunk Aunt part of the cultural landscape. For that, she needs lots and lots of research. Better get started right now.

4. The Childless Aunt Who's a Child-Rearing Expert

Oh, there's nothing a father or mother loves more than a childless sibling telling him or her how to raise the children! Always quick with great advice (because she read a copy of What to Expect When You're Expecting as soon as she heard her sister was pregnant, so she's just as informed,) this so-called helpful aunt is puzzled when said helpfulness is met with resistance and sometimes outright hostility. She senses there are some, um, things that her sibling really wants to say, but for the sake of family harmony, keeps it bottled up.

But come on, how hard can parenting be? Auntie's a human and they're just little humans, right? They should totally respond to logic. If it's time for bed, they go to bed. If it's dinner time, they've gotta eat. Easy. If that doesn't work, maybe she can train them like a pet!

Come to think of it, the last time the kids came over for a visit, they did not respond to the same techniques she uses to keep her dog in check. They totally ignored the clicker, for starters. And they kind of hated that toddler leash, too. Huh. At least they responded to treats (although she should be careful of wandering into "Permissive Aunt" territory with this system of behavior modification.)

Kind of an extension of the childless expert, the busybody gets all up in everyone's business. Not content to simply give out advice, she goes to the principal's office at her nephew's school to report that he's being bullied because her sibling just isn't handling it correctly. Or maybe she has an argument with her niece's dance instructor because it's apparent that little Stephanie is princess material, not that no-talent hack Mary Jane.

And being a busybody isn't limited to young nieces or nephews. Remember Aunt Agatha from the Jeeves and Wooster series? Known as the "nephew-crusher," she made it her personal mission to marry off the adult Bertie, because she thought he needed more stability in his devil-may-care life. Yes, she's great for a laugh, but any real-life aunt who sees herself in this fictional character may just want to make a reassessment of familial responsibilities. 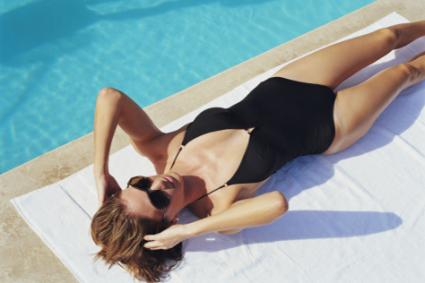 This one can be scary and expensive. Siren Aunt not only has a revolving door of significant others, but she loves to look amazing. She has little black dresses in several lengths, all of them short.

She's always happy to teach an impressionable niece how to perfectly apply makeup - who cares if the kid's only five? And who else is going to help an older niece find the perfect pair of Manolo Blahniks for her middle school dance? Her mother? Please. The woman barely has time to brush her hair, poor thing.

Now, it's not that Auntie shouldn't use her feminine wiles now and then. If she's going to pass on stuff to the kids, a parent should make sure there's some empowerment and smarts in there, too. However, if the extent of her influence is teaching children how to ogle the pool boy? Maybe she should wait till they're at least 17. Or 18. Also, she should teach them to find sequined tops at Marshalls instead of Saks, for heaven's sake…at least until they get a job.

If her role models are The Simpsons' Patty and Selma Bouvier, she may just fall into this category. With a completely cynical outlook on life, there's no room for fun (except MacGyver reruns.) While she might not suck the air out of the room when she enters, she definitely doesn't have time for shenanigans. If her sibling comes to visit and brings the kids, they'd better have their own entertainment because they won't find any toys at Auntie's house, by golly.

On the flip side, she's also good for some quotes and anecdotes at holiday time. Aunt Crabpatch likes to "tell it like it is," which includes gems such as, "The only absolutes in life are death, taxes, and crushing disappointment." The family loves to hear about the time she chased after the cable guy with a broom because she thought he was trying to steal her purebred Bichon Frise. She's almost the best aunt ever, for entertainment reasons alone…as long as "crabby" doesn't turn into "completely unhinged." 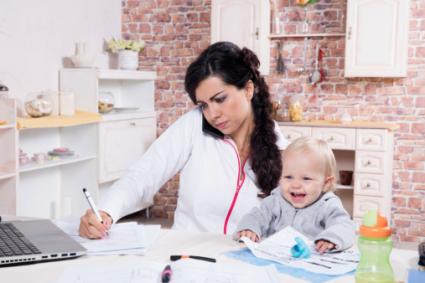 Little surprise that this is the type of aunt who is childless by choice. She's a busy, busy woman; the work isn't going to do itself. There's a reason she tells the kids to call her "Ant," because she identifies with these amazing creatures (and that small joke is about all she can fit into a packed schedule.) She's a PANK, through and through.

Yeah, she is a professional who works a lot of hours. But she does have time for social media. If the family wants to know what she's up to, they should follow her on Twitter and Instagram, because she just doesn't have time to mess around with children and their insane levels of neediness. That photo she posted of her Baked Alaska, however, required no time-consuming displays of emotion whatsoever.

The one positive here? Because her calendar is so comprehensive, she never misses a birthday. In fact, she has her assistant get the wee ones something nice every gift-giving occasion. Nothing creates a bond like getting all of the kids in the family identical sweaters that say "I Have the World's Best Aunt!"

That said, we love our aunts...sometimes even more when they're a little (or a lot) out there. Grandma may give us treats, but Crazy Aunt gives us fodder to make those holiday newsletters really exciting. Keep it coming, ladies!

0
Comments
© 2006-2020 LoveToKnow, Corp., except where otherwise noted. All Rights Reserved.
Resources, Advice & Tips for Covid-19
Read More
What Kind of Aunt Are You?