Hawaiian traditions support the fantastic landscapes and generous people of the islands. The Hawaiian culture is filled with unique customs that express the connection native Hawaiians feel to the islands, the spirits of nature, and all living things.

The values of the native Hawaiians have lead to many of the unique Hawaiian traditions of the islands' culture.

Malama Aina, caring for the land, is a traditional value for every Hawaiian. The Hawaiian people feel especially connected to the islands that have been their home for more than a millennium. They consider it a profound privilege to be great stewards of the land so that everyone, including future generations, can thrive on the bounty of the islands' natural resources. 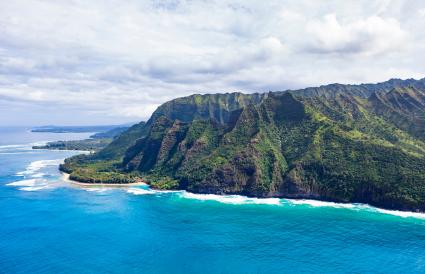 Hawaiians place great value on family. 'Ohana means family in the Hawaiian language, but when a Hawaiian says 'Ohana, they aren't just referring to blood relatives. They are referring to all their friends and the Hawaiian community.

Lokomaika'i is an extension of aloha and love. It means to always act with generosity and kindness toward others.

Ho'ohanohano means to conduct yourself with distinction, honor, and integrity in all that you do.

These unique Hawaiian traditions show the aloha spirit of love, peace, kindness, compassion, and responsibility to family and future generations.

The honi ihu, touching of noses, is a traditional Hawaiian way of greeting one another. Native Hawaiians believe breath is the most vital life force, and honi ihu allows for the exchange of breath, shared scents, and conveys a sense of closeness in the relationship.

Hula kahiko (ancient hula) is an intricate native Hawaiian dance performed to preserve the stories and mythology of the Hawaiian people through movements and chants. To native Hawaiians, hula is a sacred and serious pursuit. It involves rigorous training, technical skill, and knowledge taught by a respected teacher (Kumu), who passes on wisdom from a long lineage of masters. While hula kahiko's roots are in the past, it continues to evolve.

Hawaiian mele are repetitive chants that are not musical. They place emphasis on historical accuracy. The two types of Hawaiian chants are the mele oli, and the mele hula. The mele oli are chanted without accompaniment at ritual or ceremonial occasions. Mele hula chants are accompanied by dance and sometimes musical instruments.

Today Lomi Lomi is considered the Hawaiian style of massage, but it's actually an ancient healing art that is practiced by native Hawaiians and has many styles or variances that were passed down through the family. Traditional Lomi Lomi includes ceremonial customs and practices which include feasts, fasting, sleep, dance, and prayer that can last for days.

Though they have come to be called luau, traditionally Hawaiian parties are called paina (dinner party) or ahaaina (feast.) Traditional paina and ahaaina were held to honor ancestral gods with song, dance, and food. They were grand celebrations that often lasted for days.

Ho'opono pono is a century's old, uniquely Hawaiian family tradition. Traditional Hoʻopono pono is practiced to restore harmony and solve problems within the extended family. The feuding individuals come together with an indigenous Hawaiian healer or the oldest member of the family for discussion, prayer, confession, and repentance. It also includes mutual restitution and forgiveness.

A lei is a garland or wreath made of flowers, leaves, bird feathers, shells, seeds, hair, or ivory that celebrates the aloha spirit. The lei is a Hawaiian symbol of friendship, celebration, honor, love, or greeting. Traditionally, a lei is tied around the neck, instead of being thrown over the head. This is done out of respect for the sacredness of a person's head and back.

It's customary for Hawaiians to have a new place of business or new home blessed by a Hawaiian Kahu. It's based on the traditional Hawaiian belief curses or negative energy linger in the new space. A Kahu clears the energy so the new occupants can move forward with a clean space.

Modern Hawaii is a melting pot of shared cultures of diverse influences. It's customary to only refer to Hawaiian things if you're talking about the indigenous culture or the native people of Hawaii. Native born Hawaiians are referred to as kamaaina, meaning child of the land, or locals. Below are some local customs and traditions.

A Hug and Kiss

A hug and kiss on the cheek is a common greeting in Hawaii for friends, family, or new people. This custom has its origin in the traditional Hawaiian honi ihu.

If a woman is wearing a flower tucked above her left ear, she's discreetly telling others that she has a significant other. A flower above your right ear lets others know that she's available.

Though its origin is a mystery, the shaka hand gesture, a pinky and thumb salute, has become one of Hawaii's hallmark gestures. It's interpreted to mean "hang loose" or "right on." This gesture is a reminder that in Hawaii, it is not the norm to worry or get in a hurry. 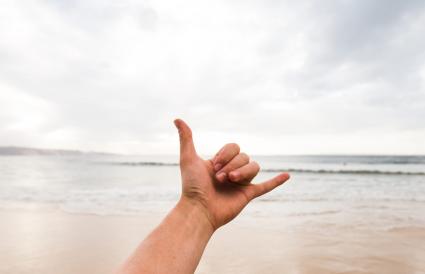 The Hawaiian culture has high regard for rocks, and superstition says that people who take them will be cursed. So, don't take rocks or sand from the beach or lava rocks from a volcano.

Take Off Your Shoes

It's a Hawaiian custom to remove your shoes before entering someone's house. This shows respect for your hosts and keeps the sand and dirt outside.

In the spirit of aloha, it's customary for Hawaiians to gift food when visiting another household. It's also considered a kind gesture to bring family and friends back gifts from a trip. These are usually items that can't be found in the recipient's area, especially food.

It's customary for Hawaiians to give a flower lei on special occasions such as birthdays or graduation. Giving a lei is a gesture of congratulations and aloha to those celebrating a milestone or receiving an honor. 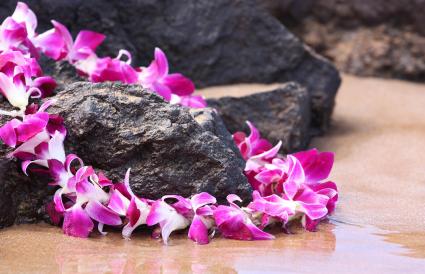 Hawaiians place great value on humility and modesty. They can be proud of the good things they've done and accomplishments but should never brag or show haughtiness and conceit.

It's considered good manners and gracious to "make plate" or "take plate" when attending a luau that is a potluck. This literally means to make a plate of food from what's leftover and take it home, even if you don't intend to eat it. This Hawaiian tradition is related to being a good guest by not leaving a lot of leftovers and making the host responsible for all the cleanup.

Grounded in the principle of reciprocity, the Hawaiian people will give back in equal measure. If someone has given them a gift or done something for them without asking for payment, Hawaiians consider it good upbringing if they provide something in return, even money. While the individual may not accept it, it's important for the reciprocating person to have offered.

If you're planning a trip to Hawaii, understanding the unique Hawaiian traditions and customs will make your trip more enjoyable. This knowledge will enable you to interact with native Hawaiians and locals in a way that is sensitive to their unique aloha culture.