Many people continue to honor their Irish family culture through their adherence to long-held beliefs and traditions. However, changes in Irish law, gender roles, and families' size and structure in the past 50 years have slowly had an effect on those traditions.

From ancient times Irish culture was organized around kinship groups or clans (clan is the Gaelic word meaning family.) In modern times the clannishness remains. For many Irish, the family and their Catholic faith are still considered the center of the intimate, personal relations that create identity, unity, and security. Religion and family cohesion are basic to the traditional Irish family culture. 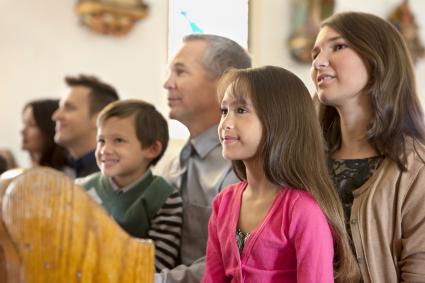 In the past, Ireland's family culture and traditions meant a family of mother, father, and dependent children living under one roof and organized along gender roles. The father is the bread earner, while the mother is in charge of the household and family. Throughout much of the 20th Century, this traditional Irish family continued to be the basis of social order in Ireland.

Due to their Catholic faith, the traditional Irish belief was that marriage was a permanent and exclusive union between husband and wife and that children were gifts from God. Divorce, as an example, was prohibited until 1995, and contraception was banned from 1935 until 1980. Therefore, Irish couples stayed together and, typically, had a lot of kids.

Traditional Irish parents are of the mind that the family that plays and prays together stays together. Young Irish kids can run wild, and it's typically tolerated by their parents as good fun. This means that traditionally an Irish family is large, rowdy, playful, and boisterous. Irish parents give their children a lot of freedom and encourage them to be independent and self-reliant while maintaining parental authority and a secure parent-child bond. 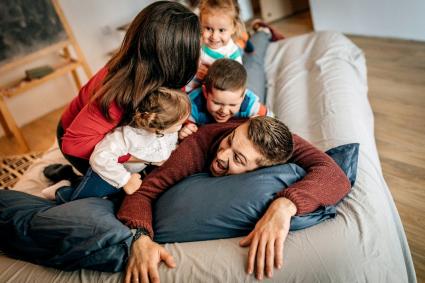 The traditional Irish practice of a father leaving his property and capital to one son has been modified by changes in Irish law, changing gender roles, and families' changing culture. Currently, all children have legal inheritance rights. Of course, gender is a determinant. There's still a preference for property or capital to be entirely passed on to one son.

The Changing Role of Irish Women

Historically, the Irish woman was bound by Ireland's patriarchal society and the Catholic faith that emphasized the wife and mother's traditional role. There were many things Irish women could not do in the 1970s. But due to the ongoing evolution of Ireland's women's movements, gender-stereotypical roles are no longer as strong as they were in the past. It's now common for both husband and wife to work. Even though Irish women are better educated, a woman earns less and, if married, typically assumes the roles of wife, mother, caregiver, and worker.

The rural areas of Ireland tend to be more conservative and maintain traditional views regarding household and gender roles. However, Irish views on marriage, family, and children, once heavily informed and influenced by the Catholic church's precepts, have diminished. Irish family culture and traditions have slowly changed. However, systemic patriarchy is still alive and well in Ireland.