Ancient Celtic symbols still appear today as jewelry, or in family heirlooms handed down from generation to generation. These symbols have specific meanings that can represent everything from family to love. If you are of European descent, such as Scottish or Irish, then these symbols may take on an even deeper meaning for you as they represent different aspects of your ancestors.

Celtic Symbols for Families and Their Meanings

One thing that was extremely important to the Celts were symbols that spoke of who that person was in their family as well as the values they embraced. From a Celtic knot to a shamrock, the symbols always held special meaning to the families.

According to IrishCentral, the harp is a traditional symbol that is prevalent throughout Ireland as it is on the official state seal. The Irish Harp is supposed to symbolize that the soul is immortal. It is a religious symbol that holds deep meaning for Christian families. It symbolizes that life on earth is not the end, but there is eternal life after passing on from this world. The Celtic harp became a symbol of the Irish resistance to England's rule and subsequently was banned. It was a significant piece of Celtic heritage and important to each family as a symbol of national pride. 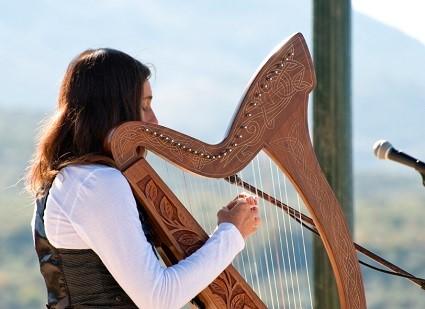 It is said that the first Claddagh Ring was created in the fishing village of Claddagh, Galway, and the ring was named after the location. It is made up of a heart held by two hands and a crown at the top of the heart. It symbolizes friendship (the hands), love (the heart) and loyalty (the crown). Claddagh rings are used as friendship rings or for weddings and engagements. These attributes are ones used to describe clans or families and make excellent family symbols and heirlooms. 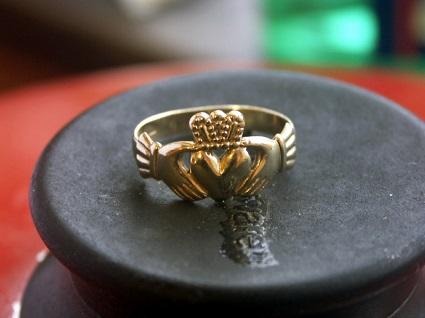 Celtic Cross Is a Family Faith and Heritage Symbol

According to Symbol Dictionary, the Celtic Cross originated as a way for Druids to worship Taranis, a Gallic sun god. The original symbol was a solar wheel. However, when the Celtic people converted to Christianity, they kept the wheel and simply converted it by adding a cross to reflect their new religious beliefs. Christian Celtic families hold this symbol as not just one of their religion, but also their heritage. 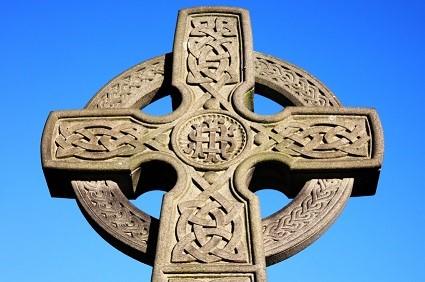 Those who hail from Ireland may want to search for their family crest. The family crest represents the family name (your surname). Traditionally, these crests were worn by the men in the family. The crest represented what the family was known for, where they hailed from and even who supported that family. Crests often featured animals. 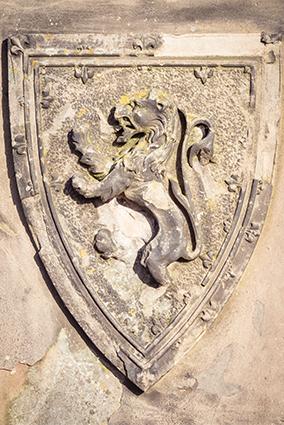 The Celtic Torc was a twisted gold necklace worn choker-style. Warriors wore torcs into battle. It is thought that the adornment symbolized things such as strength, but also a person's rank within their clan and their clan's rank within the higher order. It was another way to show which family one belonged to and what their rank was within that family or clan. Celtic Torc necklaces and bracelets have been traced back to the Viking Age. However, those torcs were mostly made of silver metal. 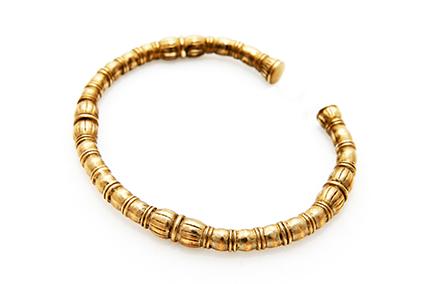 There are many different designs of Celtic knots and each has a different meaning. According to What's Your Sign, there is very little written history about Celtic knots. The meanings and stories have been passed down orally over the years, but this means that it can be difficult to figure out exactly what the true meaning is. Probably, the best guess is that each knot has a special meaning for a specific family. For example, the Triquetra, which is also known as a trinity knot, is thought to stand for one of the following: 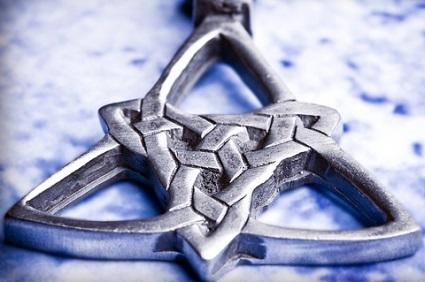 IrishCentral explains families look for Celtic symbols to represent their family, such as a family tattoo. The website suggests the Ogham sign is an ideal symbol for family and the power of family love. The interweaving designs of Celtic knots are especially good symbols of how families are interconnected and how their lives are intertwined.

A love spoon was simply a wooden spoon decorated with symbols and given to a romantic interest. The symbols created the meaning behind each spoon. For example, a chain symbolized a wish to be together with that person forever, a heart meant love and a lock meant "I will look after you." 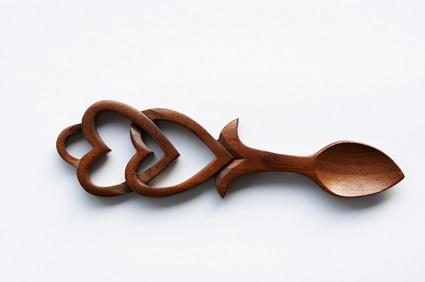 Besides being a declaration of love, the love spoon was a visual demonstration of the suitor's woodworking skills and proof to the bride's father that he could provide for the man's daughter. Beyond that, he was capable of taking care of the family their union would one day create. This type of love spoon usually presented entwined hearts and bells as Celtic symbols of the marriage and union of two people. Besides being symbolic of the family itself, the spoons often depicted the dreams and hopes for a future family. The carving of balls inside cages or indentations were representations of how many children the groom wished to create from the couple's union.

Ancient Celtic Symbols and Their Deeper Meanings As Family Signs

Ancient Celtic symbols often had more than one meaning and held deep family significance for the Celts. Today, this tradition lives on with those of Celtic descent as they don jewelry, celebrate family ties with tattoos and keep artwork symbolizing their heritage and the special meaning each sign holds for their families.