France is a Republic, and there's no current royal family recognized by the French state. Still, there are thousands of French citizens who have titles and can trace their lineage back to the French Royal Family and nobility. Plus, there are actually four pretenders to a non-existent French throne who are supported by French Royalists.

Yes, even in the 21st century, there are still an extraordinary number of people who qualify as "French nobility." According to a 2016 report on the BBC, there are between 50,000 and 100,000 people who claim to be "aristocrats."

Some French royals and nobles have retained their wealth and influence and are now leaders in industry or finance. However, many nobles live quiet lives far from Paris, often in an old mansion or chateaux, whose upkeep is sometime burdensome. These individuals don't glorify or flaunt their royal origin, nor do they see it as something to be denied. Over the years, they have simply learned to be discreet. They understand that most French people find the very idea of a monarchy and nobility distasteful. 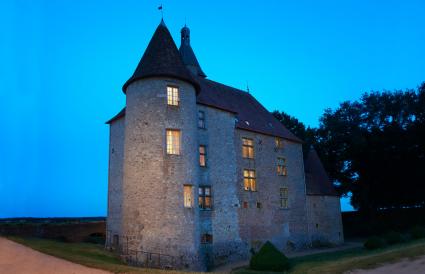 Down and Out Members of the French Royal Family

The Association for Mutual Help of the French Nobility (ANF) was founded in the 1930s after two French nobles realized that the porter who was carrying their luggage shared their noble roots and decided to create and manage a fund for those nobles who needed help. Yes, there's a non-profit for nobles, that's still active today in France. The Wall Street Journal reports that the ANF:

Pretenders to the Non-existent French Throne

The House of Bourbon

The House of Orleans

Jean D'Orleans, son of Henri, Count of Paris, is a pretender through The House of Orleans. He is a descendant of French King Louis XV. He pretends to the title Henri VII of France.

The House of Bonaparte

Charles Prince Napoléon has a very tenuous claim because he is not a direct descendant of Emperor Napoleon, but is Napoleon's brother's great-great-grandson. His claim is also a problem because his father, Louis, Prince Napoléon, willed that Charles be bypassed as head of the Imperial House of France for his son, Jean-Christophe, Prince Napoléon. 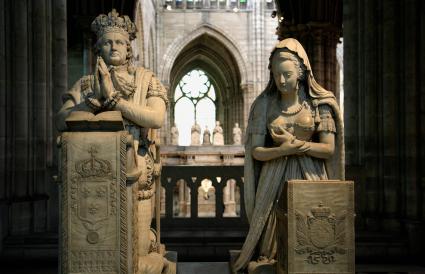 A Game of Thrones

Being part of the dethroned royalty or the nobility of France is a game of thrones, or what might best be described as a game of thorns. The pretender's families squabble about who should be the rightful heir to a non-existent throne, and the pretenders fight each other for an imaginary throne. However, most nobles remain discreet, accept their fate and any privileges or hardships their titles bring them. Still, it can be assumed that none of them aspire to face the guillotine, which was the fate of Louis XVI who's beheading during the French Revolution signaled the end of the French monarchy and nobility.