The culture of the plains Indian family life was rich in tradition and steeped in supernatural/religious rites. Each family member had specific duties based on gender.

It was common for Plains Indian clans to have their own culture, although some traditions were tied to their tribe. This includes its customs, language, religion, and way of life. The clothing style of a clan was distinctive and worn by the entire family.

What Was Great Plains Native American Family Life Like?

The Great Plains Native American family life had strict guidelines with each person knowing their role within the family and the clan. Children were cherished members of the family, as were the elders.

Role of Elders in the Plains Indians Family Life

The elders of the family played a vital role. The women helped in child rearing and domestic chores. The elder men may have served on the chiefs' council. They served their extended family as teachers, mentors, spiritual advisors, and confidants. The Plains Indian elders were highly respected by their family. The family took loving care of their elder members, and honored the infirm to ensure an honorable, dignified death. 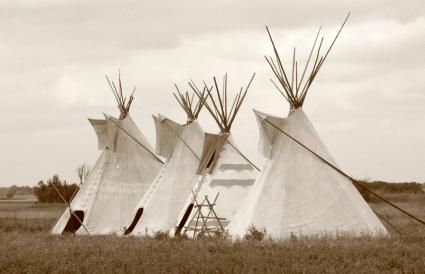 The practice of arranged marriages was prevalent. The groom's family was expected to pay compensation to the bride's family since he was taking away her valuable labor. Some clans practice mutual exchange of dowries from the groom's and bride's families.

There were also rules about how couples were expected not to interact with in-laws of the opposite sex as a sign of respect. This rule dictated that both the couples and the in-laws avoid direct contact, such as speaking to each other and, in some instances, looking at each other.

Children in Culture of the Plains Indian Family Life

Tribes of the Plains were often based on a bilateral descent system. This meant that the family lineage wasn't based on just the maternal or parental, but both sides were treated equally when it came to the nurturing and educating of the children.

In this societal structure, the parents decided on the lineage the child would assume. The rearing duties were then divided with the lineal relatives/clan taking responsibility for teaching the child life skills, such as hunting for the boys and domestic skills for the girls. The non-lineal relatives/clan assumed the role of spiritual advisors and mentors. Both sides of the family were considered vital in providing a well-rounded support structure to raise the child.

It was common for tribes to include bilateral lineage, matrilineal, and patrilineal clans. The child was treated equally by the tribe regardless of the lineage his/her clan followed.

Discipline and Role of Children in the Plains Indian Family

Children were loved by their parents and treated kindly. Discipline never involved hitting of any kind. Praise and reward were the desired tools of discipline. Strength was a vital characteristic and emphasized in the past as a necessity for survival. The children attended clan and tribal ceremonies and often witnessed rituals and sacred dances that one day as adults they would participate in.

Besides all the domestic skills and chores girl children learned, they were also prepared for motherhood. Girls played with a doll and were taught childcare through their pretend care of the doll. A girl was usually given small tools so she could learn how to skin, tan hides, and butcher game. She was also schooled in sewing and cooking.

The boy children were trained to hunt with child-size bows and arrows. They were taught until they became masters of the bow/arrow and other weapons. They were given lessons in defense and various war tactics. When they were considered on the threshold of manhood (around 14-15 years old), they would go on their vision quest in search of their spirit guide to reveal the boy's destiny. The teenage boy would also participate in the cherished rite of passage into manhood by going on his first hunt with the men.

Once a boy became an adult, he was charged with the duty of protecting the clan and providing food for the clan. This meant going to war with the clan or tribe and participating in hunting parties that might mean being away for extended periods of times. 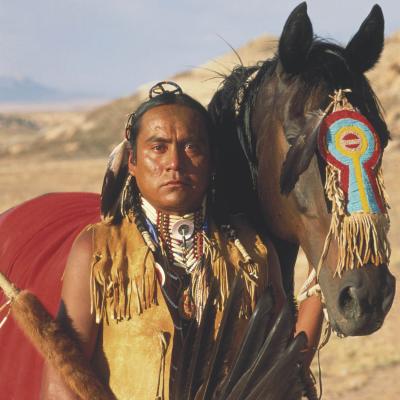 Native Americans throughout America played a stick ball sport call Shinney or Shinny that was later named Lacrosse by the French. For the Plains Indians, the game was popular among women and children, while in areas around the Great Lakes, men played in tournaments. Other family games included dice, hoop and pole (throwing poles through a netted wood hoop), snow snake (sliding polished rocks and other items down an ice track), and other games that tested the contestants' dexterity and skill.

The gathering of food was vital to the survival of the clan. For the Plains Indian families, the duties involved in providing sustenance were divided among the men and women based on gender. The men were the hunters, and the women took care of all domestic chores that included growing crops.

Why Were the Buffalo Important to Plains Indian Culture?

For a long time, the Great Plains Indian family life revolved around the bison (buffalo). At that time, clans were mostly nomadic since they were dependent upon the bison for food and clothing. This dependency made the clans follow the bison herd's movement across the Great Plains. Tribes often came together to participate in large tribal hunts. Other game that sustained the tribes included elk, bear, deer, and rabbit.

Agriculture, Preparation of Game, and Role of Female Plains Indians

The Great Plains Native American women were responsible for growing, harvesting and preserving crops, such as The Three Sisters: corn (maize), squash, and beans. They were taught skills in skinning and preserving whatever game the men killed in the hunts. These skills included skinning the animal for its valuable hide, butchering the meat, and then tanning the hides.

The women in the family sewed animal hides into clothing, such as leggings that both men and women wore, shirts and breechcloths (loincloth) for the men, and ankle-length dresses for the women. Footwear were moccasins made from rabbit or bison skins. The animal furs were turned into winter cloaks and bedding. In milder weather, children often went unclothed or only wore a shirt or dress.

Other Duties of Plains Indian Women

Every woman of a Plains Indian clan made her own tipi (tepee) from hides she tanned. She was responsible for taking the tipi down when the clan moved to follow the bison herd and for putting it up at the new location. She was responsible for the care of the dogs that pulled the travois, a V-shape platform stacked with supplies and tipi. When the Spanish arrived in North America with horses, the Plains Indians eventually added horses to their animals, which enabled the clan or tribe to travel greater distances in search of bison and other game. 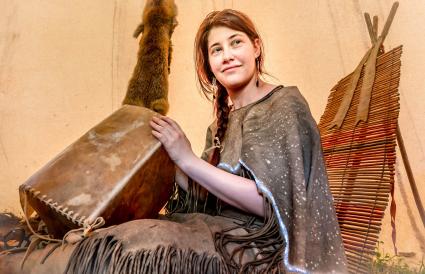 Like other Native American clans, Great Plains Indians had oral traditions. The children of the Plains Indian clans were told various oral histories as well as clan and tribal traditions. Through the art of storytelling, children were given examples of the clan's values and beliefs. The Creation Story was prominent and intertwined with the clan's religion and values.

Religion and Spiritual Culture of the Plains Indian Family

Plains Indian families participated in clan/tribal rituals, ceremonies, and sacred dances. They may have been one of the dancers or served the clan/tribe as a shaman. Each clan member contributed to these and other religious rituals and ceremonies.

The culture of the plains Indian family life was organized and gave stability to its members. With each person's role clearly defined, it was easy to meet family expectations and enjoy a harmonious existence together.

0
Comments
© 2006-2020 LoveToKnow, Corp., except where otherwise noted. All Rights Reserved.
Resources, Advice & Tips for Covid-19
Read More
Family Life in the Culture of the Plains Indians