How does language affect culture and how does it affect your life? You can find the answers to these and other questions when you examine the importance language and culture have on each other and your everyday life.

How Does Language Affect Culture?

It is nearly impossible to disentangle the influences language and culture have on each other. Language is born out of a culture. The language develops as a way to express the culture.

How Does Culture Influence Language?

Culture influences the language that is spoken within its constraints as a society, such as how certain words are used in support of the culture. It's through language that members of a specific culture communicate with each other and create bonds with each other. Language is a way that others identify specific cultures, be it based on a geographical regional culture, or a social culture based on ideology. The culture develops its own language and has nuances accompanied by forms of group body language and voice inflections.

The influence of culture on language is seen through instances of certain words specific to a region that defines its culture. A prime example can be found in the United States with the use of words that mean, you all. Each variation of this phrase is a dialect that readily identifies the region.

Beyond phrases and expressions of a culture, it is easy to see how cultures don't stray from their own language. For example, you wouldn't hear a Southerner say, "Youse missed a great ball game last night" any more than you'd hear a New Yorker ask, "Ya'll going to the game tonight?"

Expectations Within a Culture

It's safe to assume that a culture has its own set of expectations and traditions, such as the type of language used within it. Like other nuances within a culture, language isn't something each person thinks about, it is simply part of their culture. As the culture evolves, the language grows to accommodate cultural changes and vice versa.

In the morphing of the phrase, you all, the blending of different languages appear, in part, responsible for how the phrase emerged as an expression of the Southern culture. Ya'll was the result of the blending of the Scottish, Irish, and African American cultures.

Examples of Blended Cultures and Languages

Various regions within the South developed other cultural languages, such as Cajun, which was a mix of Spanish Basque, Louisiana French, and Spanish Canary Islanders. Another language that developed to express a blended culture is Gullah. The Gullah word for you all is oonuh (the plural of you). The Gullah culture is found along the islands and coastlines of South Carolina and Georgia. The Gullah language is a blend of English, Central African and West African. It is very distinctive from other Southern culture languages.

What Does Language Reveal About Culture?

Language and culture are dependent upon each other. When events and experiences occur within a culture, language is used to express them. To an outsider, the words that evolved from the cultural experience have no meaning, but to insiders, the words resonate in an oral tradition not unlike storytelling. This example impresses the necessity of having an understanding of a culture, not just its language.

Intricacies of Language and Culture

If you learn a foreign language, it will help you understand what is being said, but if you bypass learning the culture, you can miss the subtle nuances. For example, if you don't know the cultural value and history of a phrase or word, you could misuse it and end up offended those you're trying to accommodate with your communication.

What Is Communication Accommodation?

Communication accommodation is the practice of altering or modifying the way you communicate with specific groups or cultures. Communication accommodation is often done in an effort to reduce difficulty in understanding different accents or dialects. A good example is a Southern worker who calls into a New York office on a regular basis. If the Southerner must use numbers on their regular phone call, they might alter the way they pronounce specific numbers, such as nine and five to sound more like their northern counterpart. 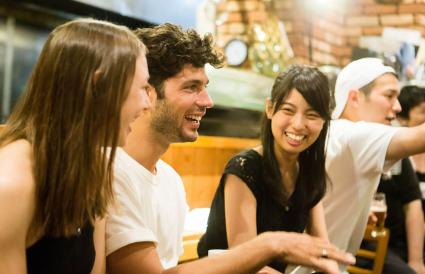 Fitting in With a Culture Through Language

Communication accommodation is done not just to fit in, but to better communicate, especially when there are cultural barriers. This can be something as simple as eliminating words or phrases the person would normally use to better blend in with a culture. This type of communication is believed to make everyone feel more at ease and comfortable with each other. The type of communication undertaken is usually dependent on the larger group of people communicating. For example, if a group of Southerners are talking, an outsider might adopt the use of ya'll just to keep from standing out and minimize the awkwardness that they feel from not being part of the culture. In many cases, if the person has moved to the South, adopting the lingo becomes a natural blending of cultural language.

Art of Code-Switching for Cultural Acceptance

Code-switching is trickier than communication accommodation since it involves changing your accent or switching to a different dialect. It can also mean speaking a foreign language. The tricky part is being authentic when you engage in code-switching. For example, if you have an agenda, such as a political candidate, and you suddenly adopt a Southern drawl, you can come off sounding condescending and inauthentic.

Knowing When to Use Code-Switching

That means you must know when to use code-switching. This requires knowledge of the culture you wish to engage in. If you're a foreigner and tackle communicating in a foreign language, most cultures will be appreciative of your efforts and view your attempt as an act of respect. 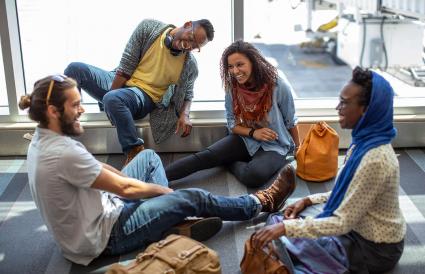 How Does Language Affect Who You Are?

Social mores can affect who you are through the use of language, such as politically correct language. In a society that displaces individuality with cultural/social identity, language becomes a tipping point and more importantly, often a battleground. Group think mentality of such societies threaten the independent thinking, individual development and personal growth.

How Language Can Force Conformity

In restrictive social cultures, individuals are taught and often bullied into conforming to the groups' specific ideology. Anyone daring to step out of these strict boundaries is ostracized and shamed into conforming once more. This kind of control over behavior is seen in language and is carefully manipulated as a control device. Peer pressure is applied to those who think or express their own uniqueness that isn't in line with the group think.

Gender, race or religious bias is another aspect of language and culture. Depending on the culture, there can be a bias toward a specific gender or gender neutral identity. A prejudice within the culture of a specific race that is passed on from one generation to another is fraught with language aimed at degrading another race. The same thing can be seen in a culture of religious bias. All of these have one thing in common, their language affects their culture and keeps it in a certain status that makes it difficult to break out of or to effect change.

Understanding How Language Can Affect Culture

It is only by understanding how language can affect culture that you can learn the best way to use language when communicating with a different culture. The influence of language is intertwined with its culture and provides a sense of stability and continuity among a group of people.