What's important to Japanese culture is a mix of old and new beliefs, traditions, and customs. There is an art, reason, and historical purpose to explain how things are conducted in families and society making Japanese culture unique. From tea ceremonies to flower arranging, these customs will give you a taste of Japanese traditions.

While Japan is considered one country, it's actually made up of nearly 7,000 islands. Japanese beliefs, customs, and culture are all fairly complex, but a basic understanding of what's important to Japanese people can help you better understand Japanese families.

The most important Japanese cultural and family values revolve around working together and living in peace. Some of the biggest Japanese values are:

Formalities are important in Japanese culture. How you address others is a sign of respect and reverence in Japan. This is evident through body language and speech.

Old Japanese, or "Kanbun," is the ancient version of the Japanese language. The modern Japanese language actually includes three different alphabets. One of the more popular alphabets is called Katakan and is a phonetic alphabet used for foreign words that's influenced by Western cultures.

Shinto and Buddhism are the two main religions in Japan. Although Christianity exists there, Buddhism is the religion most Japanese people align with.

Ikebana is more than just flower arranging. The Japanese people view it as an important religious art form. Although it's been around for seven centuries, it continues to be practiced today. There are about 3,000 ikebana schools in Japan. But all tend to emphasize the importance of simplicity, harmony and nature. 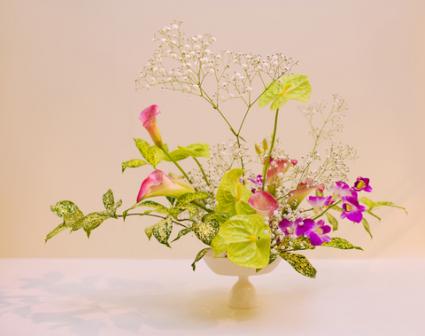 Japanese families change with the times, but many traditional values and practices remain.

The traditional family unit in Japan consists of a mother, father, and their children. This type of family group is called Kazoku. Traditionally, three-generation households were the norm with adult children living with their parents and their own husband and kids.

The Japanese place such a high value on familial relations that they often call people by their surnames, or last names. The Japanese don't usually give their children middle names and only use first names within their own household.

Family visits to shrines are the standard activity for several coming of age ceremonies in Japanese culture. After a birth, at ages 3, 5, 7, and 20, families will accompany their children, who are often dressed in traditional Japanese dress like a kimono, to shrines.

Most Japanese people live in urban settings. This means many families live in small homes. Because of their emphasis on business and small homes, many Japanese families rarely entertain guests in their home, but rather do all their entertaining at public restaurants.

Families take their work and school very seriously. Men are typically working breadwinners while women focus on caretaking and managing family finances. Kids attend school and have a close affiliation with their school.

While the traditional arranged marriage, or miai-kekkon, still happens in Japan, it's being slowly replaced by the love match. This is where a family friend or relative serves as the go-between to get two people together.

Unlike in the United States, eating at a traditional Japanese restaurant or home often requires you to remove your shoes and sit on tatami or straw floors. It's customary to wait until all parties have received their order before eating.

To the Japanese, the traditional tea ceremony is an important cultural and ritual art form, which takes a host or hostess years to master. Steeped in Zen Buddhism, it focuses on living in the moment. Students who want to learn the art may also take lessons in poetry, art, and pottery. A formal tea ceremony lasts about four hours. Guests must wash their hands and mouths with water before entering the tea room to symbolize purification. They are served a simple meal, two servings of tea, and sweets. Conversation is centered on the utensils and decoration used in the ceremony. 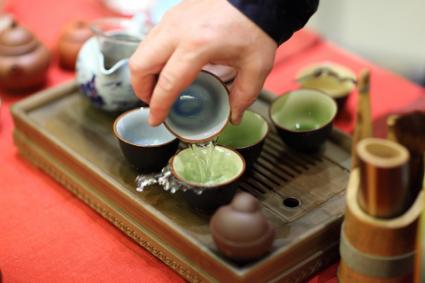 Traditional Japanese holidays and festivals include a variety of celebrations that focus on family.

A matsuri is a festival closely connected to shrines, which are often affiliated with Shintoism. These festivals deal with cultivating rice and the spiritual well-being of the whole community. Parades are a common way to celebrate a matsuri.

O-Bon takes place in mid-August and is a Buddhist celebration. During this time the Japanese believe the spirits of their deceased ancestors visit the living. This is another important holiday where families make trips to the graves of ancestors. At the end of the celebration, people float lanterns into nearby waterways to help guide the spirits home.

Historically, omiyage, or souvenirs, were brought back from pilgrimages to shrines as a way to pass on religious blessings. Where Americans may bring home souvenirs to remind them of their trip, Japanese people purchase food produced in the area they're visiting to bring home for friends and family.

If you want to learn more about Japanese culture in general, you can explore Japanese fashion trends and even Japanese ghost stories. Whether you're planning a trip to Japan, or just fascinated by this unique culture, learning about Japan is fun and informative.