The Korean royal family only exists in lineage and on paper. The Joseon dynasty came to an end with the signing of the Japan-Korean Treaty of 1910.

How Did the Korean Royal Family End?

The Joseon dynasty ruled Korea for 519 years. Japan took control of Korea with the signing of the 1910 treaty. The Joseon Dynasty was removed under the colonial rule of Japan.

End of the Korean Monarchy Rule

The Korean royal family was stripped of any official authority or power as a ruling dynasty. The history of the last ruling king is dramatic and reveals how Japan gained full control over Korea.

The last ruling King of Korea was King Gojong (Kojong), the 26th monarch of the Joseon (Choson) Dynasty. Born in 1852, King Gojong died in 1919. However, the last officially recognized King was his second son, King Sunjong 27th monarch of the Joseon Dynasty, who was king for three years before Japan took control of Korea. King Sunjong was more of a figurehead with Japan's Emperor ruling over Japan, and in 1910 officially annexed Korea and ousted the King.

The Reign of King Gojong

King Gojong (1852-1919) and Min Jayoung (1851-1895) were married in 1866 when he was 14 years old and she was 15. In 1895, Queen Min was assassinated, and King Gojong sought the protection and refuge at the Russian Legation through his friend, Karl Ivanovich Weber, who was the Russian consul stationed in Seoul, Korea.

King Gojong attempted to appease both Russia and Japan in their bid for Korea. His pitting of the two countries against each other ended in the Russo-Japanese War (1904 to 1905) with Japan being the victor.

Over the course of the next five years, King Gojong's grip on his Korea was loosened by the Japanese. The Japanese foothold increased with the Japanese-Korean Protectorate Treaty of 1905 that proclaimed Korea was no longer an independent nation.

King Gojong's attempts to regain sovereignty of his country through the Hague Peace Convention of 1907 failed. Japan delegates obstructed the King's representatives and managed to prevent them from attending the Convention.

The treaty that annexed the royal family into the Japanese government was made null and void in 1945 when Japan surrendered to the United States marking an end to the Pacific Theater of World War II. In 1948, the 11th Article of the South Korean Constitution was passed. The 11th Article didn't acknowledge the royal family or any form of privileged caste. This means the modern-day Joseon Dynasty is strictly in name only with no political power in South Korea. 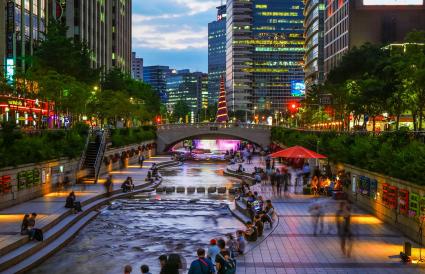 Is There Still a Royal Family in Korea? 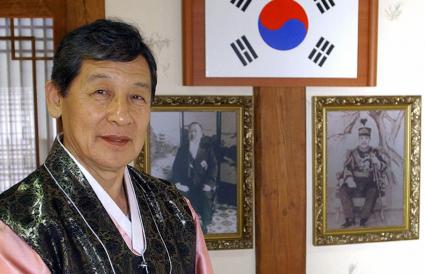 Heir to the Korean Throne

It sounds impossible that the future King of the Imperial Royal Korean family would grow up not knowing about his own genealogy. According to Crown Prince Andrew Lee, that is exactly what happened.

The heir apparent to the throne was born and raised in Indianapolis, Indiana. He only learned of his family's royal connection when a family member casually mentioned they were part of the House of Yi, the former Imperial family of Joseon.

The founder of many startups, the American tech and software developer founded a VPN service Private Internet Access in 2010. He had no idea that in eight years, he'd be named successor to the Korean royal family.

Soon after King Yi Seok's announcement of his successor, Crown Prince Andrew Lee discussed his future plans as monarch with various news outlets. Crown Prince Andrew Lee sees his role through modern technological prisms. He told reporters that he plans to use his family's Imperial Fund to advance Korean entrepreneurs. He also plans to create a free coding school for any Korean wishing to learn how to code. This free education could easily become a gateway to other technological studies. He views his royal role as serving the people of Korea and plans to focus on his area of expertise - technology.

The Korean Royal Family in the Modern World

The Korean monarchy was fraught with upheavals, assassinations, and royal court drama as family members vied for power and control. The modern Korean royal family doesn't hold any political power, but with the Crown Prince's proposed goals, the country may advance in technology development.