Royal etiquette plays a significant role in the life of a royal family. Royal families may operate and live by different standards and rules, but royal etiquette is often directly linked to a particular member of the family and their proximity to the throne.

Young royals learn the etiquette of their position early in life. In fact, etiquette is such an important part of royal life that it is interwoven throughout virtually everything members of the royal family do.

Dining Manners Must Be Just So

Royal etiquette as it relates to dining is straightforward. Members of the royal family cannot act like commoners. Some examples of royal dining etiquette include the following:

Royals Must Be Dressed to the Nines

The only way the royal family guarantees continuity is through marriage and family. Royal etiquette dictates marriage. 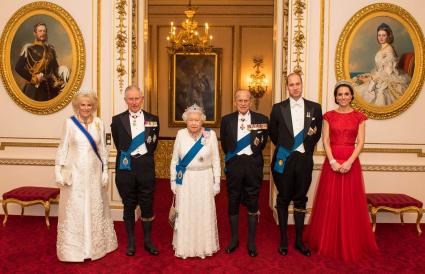 Royal Children Are Raised as Ladies and Gentlemen

Raising the next generation of royalty requires even more finesse.

Some etiquette practices for royals may seem odd to commoners.

The history of royal etiquette is fascinating. All facets are interesting and sometimes odd.

Following royal families is very exciting. They lead lives that seem almost fairytale in nature and outside of norms. However, their lifestyles are directly controlled by set rules and expectations that set them apart but may, at times, be constricting. The unique thing about royalty is that at their core they are still a family.

0
Comments
© 2006-2020 LoveToKnow, Corp., except where otherwise noted. All Rights Reserved.
Resources, Advice & Tips for Covid-19
Read More
Royal Etiquette Practices and the History Behind Them