Are you looking to have a fun night in with the fam? Go retro through these fun cult classic best 90s family films. Some will have you rolling around laughing while others might need a box of tissues or two. You can't go wrong when watching the best family movies of the 90s.

Have you hit up all the 80s flicks, and now you want to broaden your family's horizons with some 90s movie greatness? Check out these fun 90s flicks that your kiddos can enjoy.

Enjoy this 90s classic that takes a short peek into the life of Vada and her friend Thomas. On the cusp of becoming a teen, they enjoy the summer together until tragedy strikes. Get the tissues ready for this flick rated PG.

Looking for a fun twist on Casper the Friendly Ghost, then you've come to the right place. Take a ride with Kat and her dad while trying to subdue some crazy ghosts and their friendly brother. Rated PG, this 90s classic is suitable for everyone in the family.

Have a dogtastic good time with the 90s hit Beethoven. Have a PG good time watching all Beethoven's antics with all your family. Beware of drool.

Twins separated at birth or doppelgangers are the stuff of classics, just like in the 98 classic, The Parent Trap. Watch Lindsey Lohan pull off two roles in this fun and exciting kid film full of surprises.

Are you looking for a little hit? Then you've stumbled into the right place. Join the mouse Stuart Little and the Little family through their exciting adventures. Not only is he fighting wind and water, but a family cat named Snowbell.

Computer graphics (CG) is commonplace nowadays, but back in the 90s, it was the hot new thing. Dive into the fun first days of CG by checking out Michael Jordan's Space Jam.

Talking to animals mixed with Eddie Murphy, you have a sure-fire hit. Get the popcorn and the laughter ready as you dive into this PG hit following a vet who develops the ability to talk to animals.

When the weather outside gets frightful, it's time to curl up and watch a 90s movie about Jack Frost. Follow this dad as he comes back as a snowman to see his son one last time. Just be warned it's a tear-jerker.

When you need an excellent 90s comedy, try popping in Coneheads. Follow these quirky aliens with their distinctive heads as they try to fit into the world.

Kid's movies are great and all, but sometimes you need something for a bit of an older crowd. These best movies of the 90s are great for your teens with their PG-13 rating. 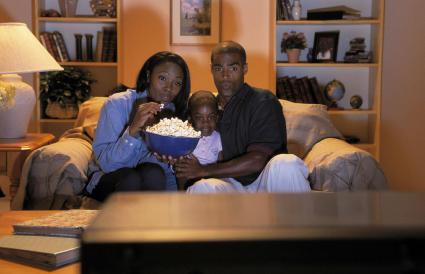 Are you a Halloween lover? You've probably seen a costume of Winifred, Sarah, and Mary. There is a reason for that! Hocus Pocus is a Halloween classic for your whole family to enjoy.

Keep the creep factor going through this Tim Burton classic, Edward Scissorhands. Explore a small portion of Burton's mind by meeting the creation of Edward, who his hands when his creator died, and his love, Kim.

In an "OMG" and "BRB" kind of world, Clueless was ahead of its time. A modern twist on Jane Austen's Emma, this fun classic gives you a look into the mishaps of the super-popular Cher playing matchmaker.

Join Wednesday, Morticia, Gomez, and Uncle Fester as they flounder through some fun and creepy adventures. The family bonds of this unusual family are strong.

You might not have seen the Titanic movie, but you've probably been witness to the famous scene of the two holding each other at the front of the boat. Dive into this tragic love story with a few memorable characters and a historical background.

Take a magical adventure with a quirky little genius and her power of telekinesis. Not only does Matilda fight a horrible principal, but she gets away from her criminal family to be with Ms. Honey.

A 90s movie list wouldn't be complete without mention of the family favorite The Sandlot. Join Smalls and his band of baseball friends as they perfect their game and fight the famous pouch, Hercules. It's amazing the friendships you can build in a summer of fun.

Everyone loves Home Alone. It's a classic, and there are three of them. However, in the 90s, they made some other Home Alone like funnies that your family can get a laugh out of.

You can't get any more menacing that Dennis and his antics to his poor Mr. Wilson. You've got to watch out for that flaming slingshot. It's a doozy!

With a title like Problem Child, you know antics aplenty are going to be in this movie. Watch as this adopted boy pushes his loveable father to the limit, but he redeems himself in the end. Being a parent is hard, but oh so worth it.

Watch Spanky, Alfalfa, and spot as they build their derby car. While the club might have a name like "He-Man Woman Haters," Alfalfa can't get over his love for Darla in this 90s classic that gives you all the feels in The Little Rascals.

Enjoy Bink's day out as a few klutzy thieves try to kidnap this naughty baby. Enjoy Binks adventures as he avoids his kidnappers and enjoys the city in Baby's Day Out.

Great 90s Movies to Enjoy With Your Family

Finding a great family movie nowadays can be challenging. However, you don't have to find the newest box office hit. Instead, you can settle in with some great 90s classics that are sure to delight your family.